WHAT I DIDN'T LEARN FROM MY DAD

In my marriage, the Lord had to teach me self-government first.

I was raised in the home of Mr. Anything Goes and was not disciplined sufficiently to tame my rebellious will. To back up a little bit, let me say that, to understand my dad, you have to know something about his father. My grandfather was Mr. Total Controller who was tough on himself and his boys. My father was quiet and sensitive and resented his dad's discipline. Grandpa put up signs like "Work Faster!" and frequently criticized his boys for being lazy. My dad swore to himself that, when he grew up and had children, he was not going to treat them the way he had been treated with a lot of discipline and little affection. When he married and I came along, he was uncomfortable disciplining me and left it mostly for my mother to do. I was shrewd at manipulating her in order to get my own way. She pampered me. She picked up after me. I lived a selfish, easy life and was taken care of by my mom.

When I married, I expected my wife to pick up where my mother left off. I expected her to watch over me and keep me straight! I hoped my wife would fit the "mom" role as I eased into the role of "naughty boy." This put a great strain on my marriage because my wife wanted a man she could respect and depend upon. And I resented being treated like a naughty boy.

When attitudes become really bad, God has ways of getting our attention! I finally got my "wakeup call" when Rachel became pregnant with our second child and developed circulation problems. She was required to sit with her legs propped up for a large part of each day. Suddenly I was put in the role of housekeeper and cook. Somehow I had to deal with my selfishness and lazy ways around the house. In fact, I learned many lessons from that situation. More about that later!

Years later, the Lord dealt with my laziness in still another way. At that time I was working as a salesman under a man who was determined to teach me to obey and respect authority. He had a reputation for training young men just starting out in business and was a real taskmaster. I had grown up in a tailor shop where suits were made from scratch, and now I was in a store that sold ready-made suits off the rack. I thought the job would be easy, but I found out the hard way that I had a lot to learn. If I thought the owner was wrong, I was frank in expressing a different opinion. We were both stubborn. The Lord began to deal with me about saying, "Yes, sir!" and not arguing when my boss told me something. I would then speak the right words but with a sarcastic tone to my voice.

The Lord kept dealing with me that He wanted me to obey from the heart, not just outwardly. At that point in my life, I had been used to being my own man in the ministry and making my own decisions as the Lord led. I now had to swallow my pride. I had to do what another man said and follow his decisions. When my boss saw that I was not going to argue with him anymore, he began to bear down on me to teach me a lesson or two. He was very critical of my ministry, even though some of my counselees shared with him how much I had helped them. He was not concerned so much with my ministry as he was my making a living and supporting my family. I asked the Lord why this man did not try to understand or appreciate my ministry. The Lord showed me that He had placed a veil over his eyes because He was using him to deal with my pride and teach me to be under authority.

I began to look at my boss as an instrument of my sanctification to help me learn humility. It seemed as though he went out of his way to humiliate me in front of customers. As my pride rose up in anger and resentment at this treatment, the Lord would remind me of how I needed to "die to pride" and look to Him for the grace of humility. I had many opportunities to do this until I came to the point where my pride did not bother me so much in this area. I tried to look at things from my boss's perspective and how he was trying to teach me. He said I was either sick or lazy or both. It took me a long time to realize he was right on both counts.

I learned to deal with my pride in this valley of humiliation by repenting of my selfishness and pride when this man humiliated me. The Lord helped me to obey with a good attitude. My fear of being humiliated by him helped to motivate me to control myself and do what he wanted.

Things were not looking good in other areas of my life. I was having a rough time at the store, and I was also under a lot of financial pressure. Rachel was becoming very angry and frustrated about our circumstances. I did not know how to deal with my own stubborn will very well, let alone hers. So to get a fresh perspective on things, I decided to visit my parents in another state and do a little home missionary work helping out in a Christian halfway house for drug addicts. Rachel felt relieved to have me out of the house for a while, but the children soon began to act up and she looked forward to my coming home again. After my return things were better for a time, but soon the situation began to deteriorate again. The irony was that I did Christian counseling to help people solve their marriage problems, but I did not know how to solve my own.

Proverbs 29:15, 17: "The rod and reproof give wisdom; but a child left to himself brings his mother to shame. Correct your son, and he shall give you rest; yea, he shall give delight unto your soul." Proverbs 1:7: "The reverent and worshipful fear of the Lord is the beginning and the principal and choice part of knowledge-that is, its starting point and its essence; but fools despise skillful and godly wisdom, instruction and discipline. My son, hear the instruction of your father; reject not nor forsake the teaching of your mother . . ."

I Peter 5:5-6: ". . . you that are younger and of lesser rank be subject to the elders . . . giving them due respect and yielding to their counsel. Clothe (apron) yourselves, all of you, with humility-as the garb of a servant, so that its covering cannot possibly be stripped from you, with freedom from pride and arrogance-toward one another. For God sets Himself against the proud . . . and opposes, frustrates and defeats them, but gives grace (favor, blessing) to the humble. Therefore humble yourselves (demote, lower yourselves in your own estimation) under the mighty hand of God, that in due time He may exalt you" (AB).

I Peter 2:1B: "(You who are) household servants (applies equally to employees), be submissive to your masters with all (proper) respect, not only to those who are kind, considerate and reasonable but also to those who are surly-overbearing, unjust . . . .(AB)

Am I married to "momma" or "naughty boy?"

Has this been going on from the beginning of our marriage?

What are some of the effects of these miscast roles in my marriage?

Am I willing to grow up and out of this role and learn leadership by taking responsibility for my own actions? 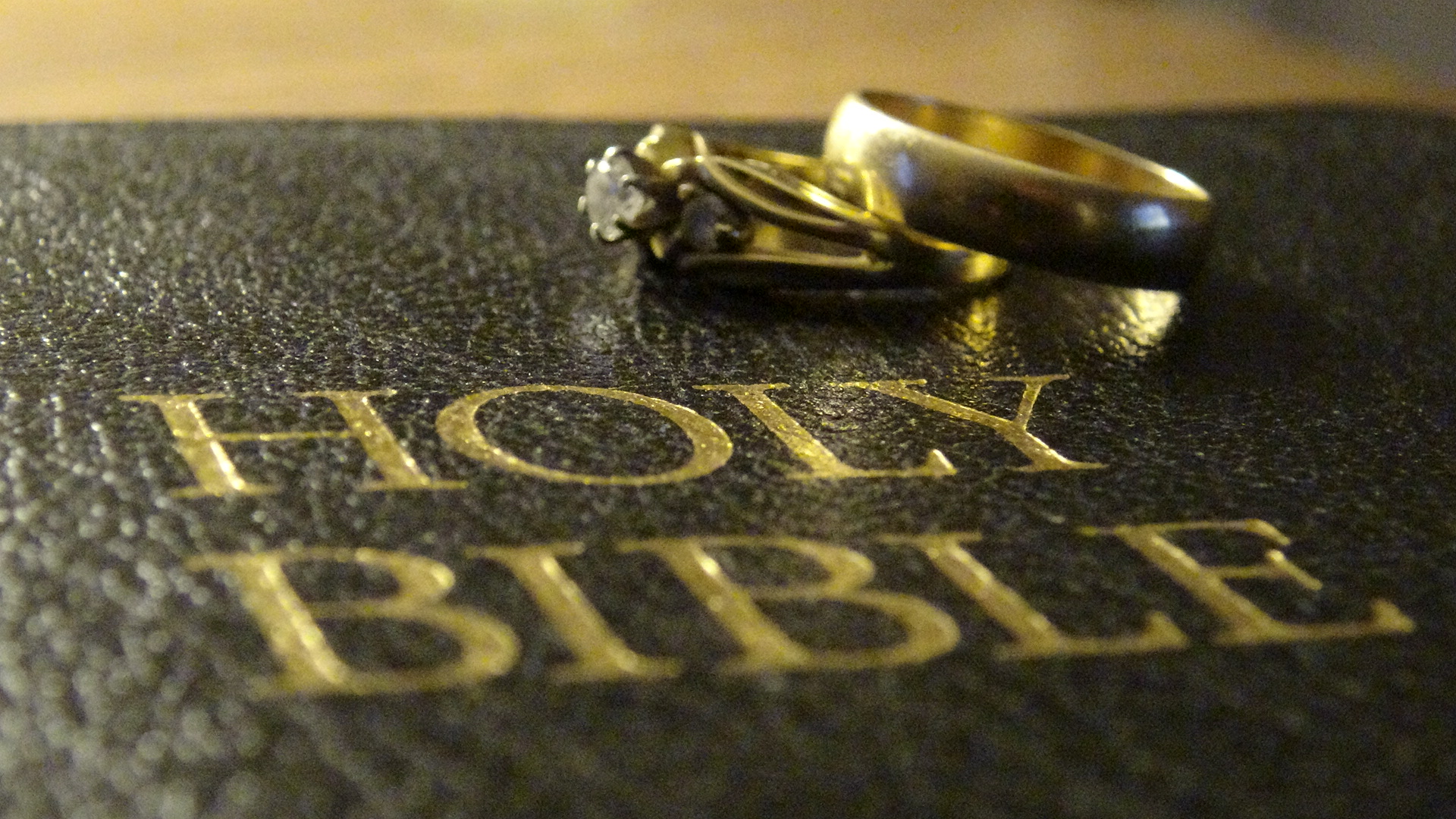